Posted on April 24, 2018 by thisihumblyspeak 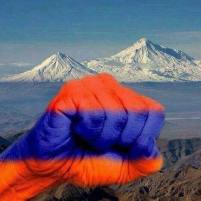 menians commemorate those who lost their lives during the Genocide on April 24, the day in 1915 when several hundred Armenian intellectuals and professionals were arrested and executed as the start of the genocide. This was the prelude to the large-scale extermination of the Armenians in which 1.5 million Armenians died.

For Armenians throughout the world, this April 24 especially, will mark not only the continued determination of a people to seek retribution for injustices and atrocities intentionally inflicted by the Turks to eliminate the Armenians, but it will mark the civil awakening of a nation that smoothly, systematically proved yesterday that strength lies in solidarity. Disciplined and resolute, with unwavering determination and persistence, the people asked for change in the Republic of Armenia, and their voices were heard after 11 days of massive protests culminating in the resignation of Serge Sarkisian, Prime Minister. Armenia taught a lesson to many in the world…to democracies, hybrid regimes, and authoritarian states alike…. that a Peaceful Revolution, a Velvet Revolution, is powerful. The presence of tens of thousands of broad based support from different layers of society (truck drivers, shop keepers, farmers, educators, artists, physicians, the middle class, the richer, the poorer, the young, the old, etc.) proved the integrity and passion of the people of the Republic of Armenia and the Diaspora whose unified voices demanded a leadership in government that could be trusted to listen to the people.

With change comes further sacrifice. The road is long. There are many serious challenges– from socio economic to the regional challenges of peace deals with neighbors; from human rights violations that translate politics into policy; from corruption to transparency and trust in communication, to name a few. However, I have full confidence in the Armenian citizens and especially in the youth. They understand their moral obligation to speak out against the hierarchy status of power. They are educated and have the knowledge to methodically, step by step, build the institutions that will better serve the country and the Armenian people.

Yesterday, history was made. Today, we protect history. We march in thousands as one river of humanity, to speak out against the denialist mentality of the Turkish government and all governments who use their status of power to distort the truth of our history.   It is our moral obligation to speak out to honor the martyred ancestors of our history, and to advocate “Genocide, Never Again.”

Together, as one, on this National Day of Remembrance of Man’s Inhumanity to Man,  we march for world recognition of  the Armenian Genocide. We march to protect our history.