Be Bold For Change

Posted on March 8, 2017 by thisihumblyspeak 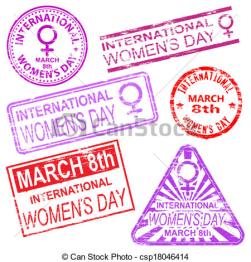 What’s the one thing the trucker and the feminist have in common?

For more than a century, March is a time to celebrate and advocate for women. This year 2017, the International Women’s Day theme, “Be Bold For Change,” is tailor-made for a year that’s been quite turbulent. Women have demonstrated throughout history, their passion and courage in leading the march to gender equality, and we have seen a few men march at our sides, boldly raising their voices together with ours. It’s a no brainer that men’s presence in the movement for gender equality is vital. However, the number of men willing to step forward and take a public stand on behalf of women’s rights — to speak out, to raise awareness — is still simply too small in comparison to the coalition of women that has been forming and reforming for centuries. Why is it so complicated? After all, at its core, it’s about fairness, and real men are usually that. Fair. But the fact that men have historically been the recipients of the better deal in the gender divide seems to lessen their numbers. Where are all the other the real men, the thinking men, the fair men who get it? Where are those who understand that, whatever perks there may be in having their very own “assistant to life” actually works better when it’s shared. Men in 1848 got the idea. Thirty two passionate men joined the 68 women who signed the Declaration of Sentiments in a New York church in July of 1848. They knew that supporting women’s rights was essential for the moral soul and economic health of the nation.

Women have made great strides in the last few decades thanks to brave, bold, fearless and tenacious women and men. In Third World countries, giving micro-loans to women rather than husbands, has benefited these women’s families and in some cases their whole village. More women than men are graduating from college. Television and movie screens are depicting new role models for women, and just recently, commercials have included empowering girls and fighting domestic violence. Yet the work is far from over. Around the world there’s female genital mutilation, infanticide of girl babies, religions still teaching women are inferior helpmates who must submit to their husbands or hide their skin, pray at the back of the room, and wear slippers so even their footsteps are not heard. Women cannot drive or go out without male escorts in some countries. Even here in the United States, while women have desirable access to rights, recourse and resources relative to women in many parts of the world, we don’t live in a gender equitable society. We still have a lot of work to do to bring women into full equality so that they may reach their  reach their fullest potential without losing sight of their authenticity.  We have less than 20% of women in leadership positions in academia, corporations, religious institutions and politics. Women aren’t making equal pay as men for the same job earning an average of .77 cents for every dollar in comparable work. 1 in 5 women are sexually assaulted in college, and 1 in 3 will be penetrated against her will, and women’s basic reproductive rights are (still) contested, stripping her of whatever gains won over the past 50 years while men are still debating if rape is really rape.

“Be Bold For Change” is a cry for all men and women across the globe to fight for gender equality in their communities. As real fathers of daughters, men should share the vision of a world where every human being is equally respected. Men should share the vision of a world where women and daughters are protected, defended and nurtured. If we are ever to defeat the systems of oppression we are all subject to, men must be involved and must work together with women on these issues. Real men who get it understand that the world cannot move forward using only half of its resources. MEN, “Be Bold For Change.” Help forge a better working world — a more inclusive, gender equal world.

This entry was posted in Uncategorized. Bookmark the permalink.

6 Responses to Be Bold For Change