Posted on April 4, 2016 by thisihumblyspeak 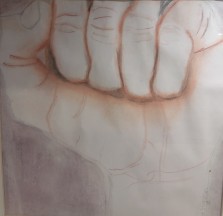 I am passionately interested in truth. I am passionate about speaking the truth when a wrong has been committed or an injustice spoken. I am also passionate about my duty to defend the truth. To some, truth is subjective, the personal world of opinion. Others believe truth is a collective judgment, the product of cultural consensus, while some flatly deny the concept of truth altogether.

Truth, whether or not we see it, write or read about it, or believe it, is something that happens. There’s no denying it. Truth just is. We can call it something else, or pretend it didn’t happen, but its repercussions live with us, whether we choose to remember or acknowledge its presence or not.

Distorting, skirting around the truth…lying, according to Nietzsche is a condition of life. A study conducted a few years back by Dr. Bella DePaulo confirmed that most people lie once or twice a day. Mindless pleasantries or polite exchanges we offer each other in passing, such as “I’m fine, thanks” or “No trouble at all,” is not referred to as lying by researchers. An “official” lie actually misleads, deliberately conveying a false impression. So, yes, complimenting a friend’s awful haircut or telling a landlord that the check is in the mail both qualify as an official lie.

What qualifies as a lie also is the language we use. It changes the way we view ourselves and other people in horrifying ways. We don’t kill “people.” We kill “targets.” We don’t kill “12 year old boys” but “enemy combatants.” We don’t claim “war.” We claim “cease fire” in between war. We don’t report Azerbaijan “bombarding” Armenia. We report Azerbaijan “aggressive large scale hostility” toward Armenia. By the same token, denying the Armenians the affirmation and right to credence for the scars of their memories as witnessed by one and a half million saints, and calling it by any other name except Genocide, qualifies as a lie.

The concept of truth and the consequences of rejecting it are devastating. Proof of which, the genocides that were encouraged as a result of world denial of the Armenian Genocide? Truth is not relative to circumstance. It is not subjective. Truth remains even when people have a vested interest in disregarding it. As a matter of fact, it is happening on a massive scale right now with US ally Turkey backing Azerbaijan, fueling her armor and warring against Nagorno Karabagh Armenia, allied with Russia. Turkey, while saying it opposes terrorism at every turn and wants to belong to a civil Europe, hides its true intent while heeding the old adage, “The enemy of my enemy is my friend.” Turkey did the same when Erdogan sat on his hands for 18 months while ISIS wreaked havoc and slaughter in Syria and Iraq crumbling massive civilizations of peaceful Christian heritages and burying them in graves too deep to resurface. After all, the Turkish government opposed the Syrian regime of Bashar al-Assad, who had Putin as its ally, and ISIS was fighting that (Assad’s) regime. Turkey has since reversed itself in its role in Syria after releasing of hostages by ISIS and an agreement with the United States (whose terms are still unknown). Let’s face it. It takes willful ignorance to deny the truth about Turkey’s calculated, uncouth intentions. Turkey will continue to do what it does best. Imply that he (Erdogan) is the underdog, the victim who is forced to crack down harshly on those that “conspire” against his authority. Flashback, Ottoman Turkey 101 years.

We Armenians have the truth. We have had it for 101 years in a world where few have had the courage to stand tall with us. Armenians and truth seekers need to proclaim it from the housetops, and quit playing along with those who flirt with the truth by way of distorting its language. We need to pursue our claims and our rights for human justice and the integrity of our souls. We cannot afford to be apathetic about the truth that one and half million ancestral saints have put in our trust. It is our duty to guard, proclaim, and pass that truth on to the next generations. Rally for Justice. Clench your fists. Drown the voices of opposition. We are 101 times stronger, 101 times more credible, with 101 times the allies who speak the truth and with 101 times more integrity than one Turkish government that fears the truth.

There is such a thing as truth.